Streaming Movies I Can Never Find

Today, I had a popup message on my MacBook asking to show me the latest features in MacOS Catalina. Looking for simple things to pump up my What Did I Finish today list, I clicked ok. No this was not on my list of actual things I planned to do today. I did finish a couple of items left over from yesterday, and I did do the planning, so I am goofing off.

One of the things gone in Catalina is the iTunes app. I think iTunes will still be available on Windows. The ONLY feature of iTunes that I use is to pull files on and off my iPad. I think I can directly do that through the Finder now. I think I already tried that once since upgrading the Catalina the other day.

In the survey of new features, it was telling me about the TV.app, and telling me I get a year free trial because of a recent purchase of an iPad. Hmmm. I almost never watch TV, I prefer to watch documentaries on NetFlix, but OK, why not claim this free benefit.

I remember when I very first tried out Netflix, I was so excited to search for some of my favorite movies to see if I could watch them. With great excitement I typed in the first movie name. Nothing found. I tried another. Nothing found. I wracked my brain for more movie titles.

All in all, I tried out 13 movie names, and did not find a single one of them! Can you imagine that? I searched for 13 movies in a row, and didnt find any of them. Yeah, sure, once I fell back to things like Star Trek, sure I found things. But I was amazed the first 13 movies I wanted to watch were no where to be found.

I have had the same experience on other streaming services. One of my phone upgrades came with free Hulu. Same thing. Free Amazon Prime streaming. Same thing. These services sometimes at least had heard of the movies I wanted to see, but wanted to bilk me out of extra payments to see them. Uh no. I am paying you guys a monthly fee to use your service. Hello? Can I at least see something I want to see for the every month fee I am paying you?

OK. So let's see how Apple TV does.

First movie searched for: The Name Of The Rose, with Sean Connery. I love the old blind monk saying "Laughter, it is a devilish wind." "People laughing at laughable things." A great who-dun-it.

Apple TV found me a TV show by the same name, with different actors. No. I dont want to watch a TV series over hours of interminable episodes. I would just like to see the old movie I really liked with Sean Connery. Maybe I searched wrong, and searched in the section for TV shows.

So I click on movies. Interesting that many of the movies being recommended for me are about black people. "The High Note", "Harriet", Black in America "Eye-opening stories that expose racial injustice - free for everyone". Ok, thanks Apple TV, if I start not getting enough of that from the news, I will be happy to watch them. "Brian Banks", "Ali", "Selma", "Emanuel", "Just Mercy". I will probably watch them anyhow. Just not now. Right now, I would like an escape. Returning to searching for movies I want to see now.

Search movies for "The Name Of The Rose". Nope. It suggests that TV show again.

Their focus on Black in America reminds me of one of my all time favorite movies about motown music: "Cadillac Records". Lets see if they have it.

Oh good! They have it!  Oh no. They are trying to sellit to me for $12.99, or rent it for $3.99. Again no. I already bought that too. It would be nice to find the disk, prove to Apple TV I already have it, and then get to stream it whenever I want. But where would the money be in it for Apple TV to let me use their bandwidth for free?

OK, let's try my favorite Dudley Moore and Darryl Hannah movie: Crazy People. I just love this movie about how Dudley gets inmates in an insane asylum to help him develop advertising campaigns. They come up with some really good ones.

Oh cool, they have this movie!  But again, it is $12.99 or $3.99. But wait, maybe I can get it if I try "CBS ALL ACCESS" for free. Oh wow. I can see it if I signup for a free 1-WEEK trial! And then pay $9.99 a month forever. Um, no, no thanks.  But thanks for the previews of some great scenes from the movie. And I just got to watch the trailer. Dudley telling his partner, "You and I lie for a living"  I would share it with you, but I cant find a share link. Can you imagine that?  I am happy to spread the word, and they are not making it easy. Wow. 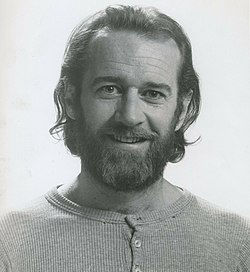 OK, does my free trial let me watch anything from Uncle George Carlin? A TV show I never heard of "Larry McMurtry's Streets of Laredo". Starring George Carlin, James Garner, and Sissy Spacek. This time I need to try STARZ free for 7 days, and then only another $8.99 a month. Or I could buy the season for $3.99. OK, I am kinda tempted on this one.

Now, before I can get to the last George Carlin movie choice, I hit the back button, and I am getting a several minute "waiting" cursor in the Apple TV app. OK, was able to redo my search.

There are about 15 more choices for George Carlin, including "Tarzan II" the cartoon. Only $17.99 to buy, $3.99 to rent. I am curious what part george played, but not curious enough to pay $17.99 to find out. I wondered how long the rental would be for, but it is immediately wanting my apple password, sorry I dont want to accidentally approve a purchase for $3.99 to find out how little time I am given to watch it.

I tried a few. Nothing free to watch with my new one year membership. Hmm "George Carlin: 40 years of comedy" $9.99 to buy. $4.99 to rent. This was his 10th HBO special, a career retrospective hosted by a young Jon Stewart who gives George a length interview. I might actually try that one. Checked two or three more, nope, none free included with my trial.

(George Carlin in 1975, courtesy of wikipedia.)

Let's see where we are at with Apple TV...

Score so far: 8 searched: 1 not found at all, 17 entries trying to get me to buy what I have already bought. So Apple TV is 0 for 18 approximately.

OK. This is not turning into a very great distraction after all. In fact, it is getting tedious. Boring even.

I guess its not about what I want to watch.

I suppose I could just watch those free movies about racial injustice.

It's all about what they want me to watch.

"Hate begets hate; violence begets violence; toughness begets a greater toughness. We must meet the forces of hate with the power of love." - MLK

Please click here to learn more about one of the biggest needs in todays society, the biggest super-power, that can catapult people to a better situation... It will work for >ANYONE<.

What If You Could Learn Superpowers Today?

Click to find out how to get this Super-Power for yourself!

Is there a better way, than what we see going on in the news today, to gain massive society-changing influence? 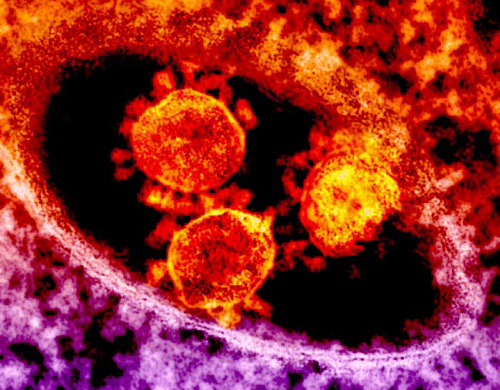 History of development of TheGarnet.net

TheGarnet.net is my personal wiki notes site. I decided to bring its home page up to modern standards during the 2020 COVID-19 lockdown in California. 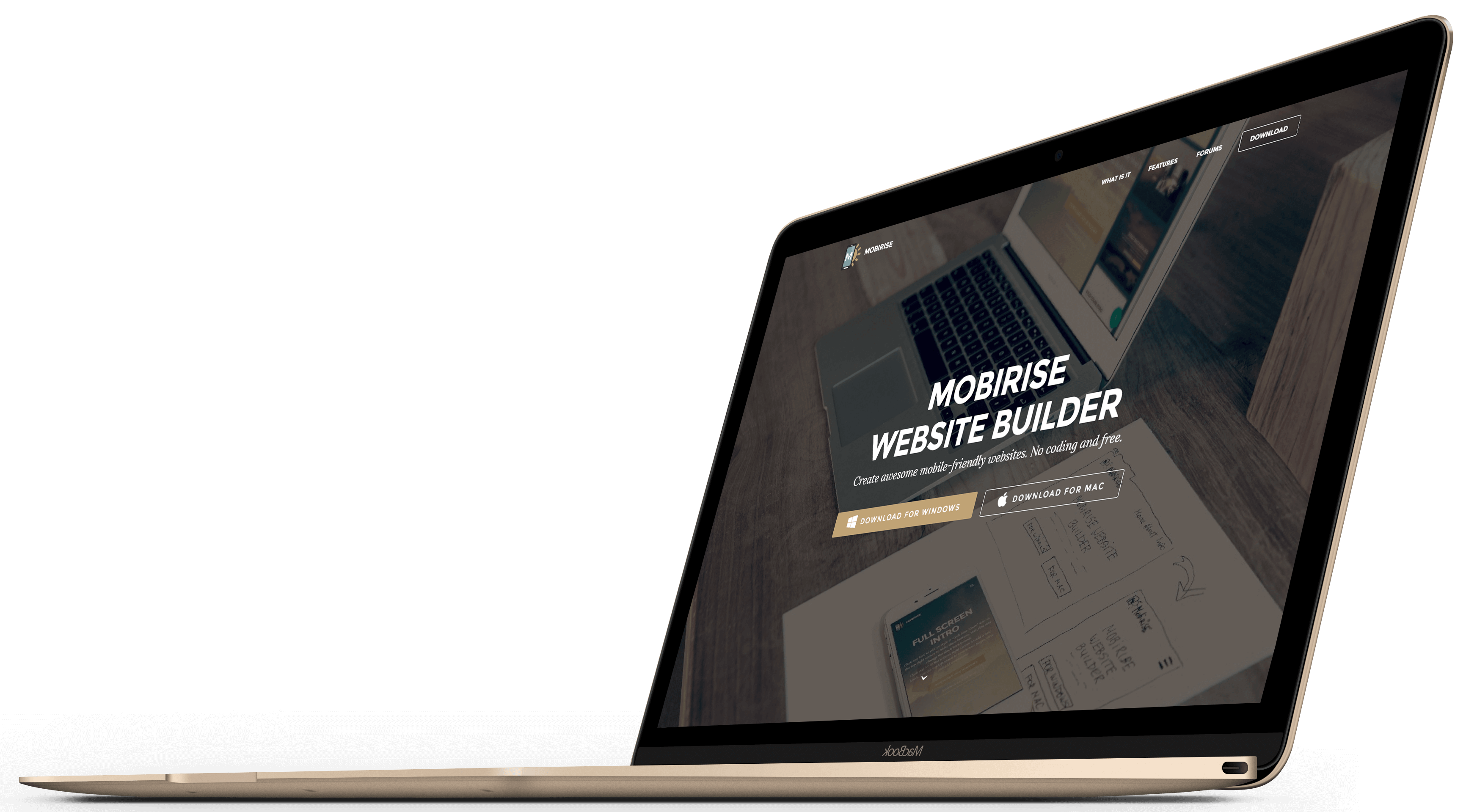 These days, for developing client websites, as well as fleshing out many sites of my own, my favorite website editor has become Mobirise. Mobirise is an offline app for Window and Mac to easily create small/medium websites, landing pages, online resumes and portfolios, promo sites for apps, events, services and products.

History of Sharp-Now.com - Who Sharpens Your Shears?

Build your traffic, not Facebook's

And you can  still easily post your own article as a link to Facebook to have it seen by everyone. But they go to your website to see it.

Is there something you would like to see me write about? Please send me a suggestion in the comments below.

Thanks for filling out form!

Thanks for filling out form!